“Play is the greatest medicine there is”

When you first attempt to establish a relationship with an animal, it’s important to speak the same language. The first thing I do when I meet a new cat or dog is therefore to let it get to know me by having a good sniff! Next I let the animal observe me for a while, get the measure of me, understand what sort of creature I am. Only then do I attempt to play with it.

The length of these three phases can vary: they may take fifteen minutes, or they may take a couple of days. No matter, it’s important to allow them to evolve at their own pace until the animal feels comfortable with me. The primary aim of this process is to allow the dog or cat to familiarise itself with me, my scent, voice and presence, in its own way. The second aim is to give it time to make sure that I’m not a threat and want to be friends. If the cat or dog then approaches me, I know that this means I’ve been accepted and we can start to establish a meaningful relationship. It’s only at this point that we can start to play together. To start the game, I might use a dog’s favourite toy, or with a cat a ball of wool, but the most important thing is really my behaviour towards the animal.

Why am I convinced that play is the most powerful tool to communicate with pets? Simply because it allows me to get on the same wavelength as the animal I’m looking after. I take my time to understand its personality and foibles, in order to understand how to play with it (not all animals play in the same way).

In the wild, the act of play for an animal is a wasteful activity in evolutionary terms because it isn’t directly related to the business of finding food, securing shelter, or identifying a mate. But when a domestic cat chases a ball of wool it’s practicing instinctive skills needed to hunt its prey, even if it has a bowl of cat food nearby. The game is really a predatory activity. And different types of play develop different abilities. For example, when I encourage a dog to chase me, this is a physical game. When I use a piece of a branch with Conrad, a mixed race (Border Collie and Galgo), this is a sensory game. The dog carries it, chews it and smells it. He plays with the branch then brings it back to me. All of this permits him to develop the skills he needs to learn about his environment. When I don’t manage to find a branch for him, Conrad will search one out for himself and bring it without me even asking!

But the objectives of these games are not just physical or sensory, they are also social. Dogs and cats are social creatures and need interaction with each other and with us. Through play it’s possible to establish a bond of friendship and understanding with them. Play is on the one hand, clearly a non-threatening activity, on the other, it allows us to establish a pecking order which the animal can understand. When I play with Conrad, it is me, as the pack leader, who decides where to throw the branch, while he tries to anticipate where it will end up. In fact he’s become so expert at predicting my intentions that I rarely manage to trick him any more with fake throws!.

The thing that probably fascinates me the most about interacting with animals through play, is the way they allow themselves to let down their defences during the game and come to focus on it completely. This a fundamental part of their animal nature and I respect the dynamic. For my part I make sure I hold their attention 100% by maintaining eye contact, keeping them moving and through the tone of my voice. A good example is my interaction with Tuttle, a sensitive, delicate little cat that nevertheless becomes as agile and fast as a panther when she plays. Black and sleek with beautiful yellow eyes, she transforms herself into a circus acrobat, jumping, pouncing and somersaulting with her favourite toy, a little plastic fishing rod, plays hide-and-seek and leaps onto the back of the sofa. Sometimes I let her win and capture her “prey”. Other times I make the game more challenging. In these moments I feel absolutely the magic of the bond between us – it’s a sort of joyful dance in which we mirror each other’s moves and our eyes meet in understanding and complicity. In play we don’t lose time, we lose ourselves in time.

Which vital sentiment is it that we foster in our pets through these acts of play? Trust. The animal surrenders itself to us, it feels safe, it feels the joy of freedom in movement, it enjoys itself without reservation. And through playing it also learns to recognise its own abilities and limits, to trust itself, through its trust in us. We know what happens when trust is betrayed- our spirit is damaged, sometimes deeply scarred forever. It’s for this reason children should not know the betrayal, their spirit is too fragile to withstand this sort of hurt.

Which emotion am I keeping at bay while I play? Fear. When an animal is enjoying itself, it isn’t experiencing fear because it’s concentrating on the act of play. The animal is so focused on the activity that it doesn’t worry about itself. And when the animal manages to get over its fear, this also increases its trust in itself. A good example of this was a dog I cared for which was afraid of a metal bridge. In the course of our walks, whenever we arrived at the bridge he would refuse to cross it. Rudy is a dog I’ve known for some time and between us there is trust, respect and understanding. So I decided not to give too much weight to the problem and to try to make the bridge a non-threatening place. I began to use his favourite toy to play with him on the bridge as we slowly made our way over it. In this way after about a week his fear had disappeared completely and crossing the bridge had become a pleasant part of our walks together, something he actually looked forward to. Fundamentally this sea change in his behaviour was made possible because of our mutual trust, established through play.

And it’s not all a one way street, humans can benefit from playful interaction with animals too, as they say, play can soothe a broken heart. An anecdote from my own life comes to mind. It was Tuesday May 19th 2015 and like every Tuesday at that time I met a dog called Murray. Our relationship was full of cuddles, affection and games and we had an excellent understanding. However at noon that day my beloved cat Matisse had passed away. She was the sweetest cat and we were together for 13 years. I was heartbroken. When Murray saw me that day he reacted in a way he had never reacted before. He didn’t come over to say hello, but immediately ran off into the garden and returned a few minutes later with is favourite toy. I didn’t feel much like playing that day, but the wise dog insisted, shaking the toy and pushing it towards me until at last I relented and began a game with him. We played for longer than we had even played before and soon, even on that terribly sad and painful day, Murray had managed to make me smile. Matisse and I were a little family and I’d spent so much time over the years playing with my little cat. Playing with Murray on the day she died made me remember all our happy times together and feel close to her again, as if she was there with me. I think somewhere in his doggy brain Murray sensed this and this was his way of helping me.

Enjoy your precious time with your furry friends, 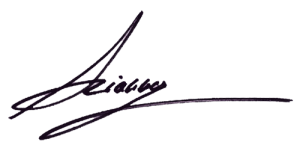